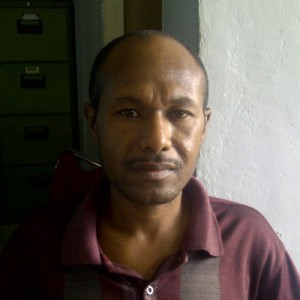 Alfret Marsyom is a member of the Timika section of the West Papua National Committee (Komite Nasional Papua Barat, KNPB), an organisation which since around 2008 has organised large demonstrations around Papua, often calling for a referendum on West Papua’s political future.