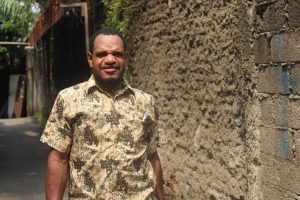 Isay Wenda is a West Papuan student activist who was arrested in connection with a protest in front of the State Palace on 28 August 2019. He was arrested on 31 August 2019 by Jakarta Regional Police without a warrant while protesting with dozens of other Papuan students in front of the Jakarta Police Force Headquarters demanding the release of Charles Kossay and Dano Tabuni, who were arrested the previous day.

Mr. Wenda was one of the Jakarta six political prisoners whose trials concluded on 24 April 2020. He was given an 8 month sentence which included time served in custody. On 28 April 2020, Mr. Wenda was released.