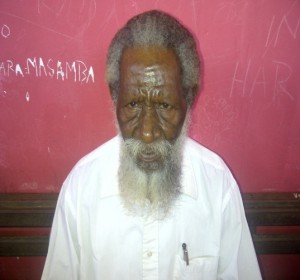 On 30 April 2013, a group of community members gathered at the house of Isak Kalaibin to commemorate the 50th anniversary of the administrative transfer of Papua to Indonesia, with the intention of holding prayer sessions. Reports from local human rights sources state that at around 20:00 Papuan time, security forces comprised of police and military officials in four vehicles fired warning shots, agitating the crowd who then proceeded towards the vehicles. Security forces responded by firing into the crowd for 20 minutes, causing the death of two activists, Apner Malagawak and Thomas Blesia. A third activist, Salomina Klaibin, the sister of Isak Kalaibin, later died in hospital under suspicious circumstances.

In September and October 2013, human rights lawyers reported the deteriorating physical condition of Klemens Kodimko and Antonius Saruf. Despite suffering from acute gastric ulcers, 71-year-old Kodimko was forced to appear at hearings on 11 October. Lawyers reported that due to the acute pain he was suffering from, Kodimko fainted and hurt his head while in detention in Sorong prison. When defence lawyers requested access to medical healthcare for Kodimko, judges informed them that they were allowed to visit him in prison with medicine in coordination with prison authorities. Permission to take Kodimko to a hospital was refused. Obeth Kamesrar, another elderly detainee of 68 years, was reportedly silent since his arrest and appeared to suffer from trauma.