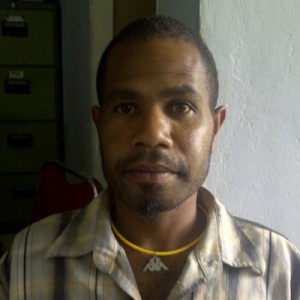 Paulus Marsyom is a member of the Timika section of the West Papua National Committee (Komite Nasional Papua Barat, KNPB), anorganisation which since around 2008 has organised large demonstrations around Papua, often calling for a referendum on West Papua’s political future.