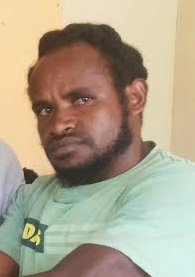 During court hearings in March, the remaining four detainees detailed their experiences of torture in detention. Court hearings revealed that on 11 July 2014, the night of their arrest, they had gathered at the home of Yosep Siep to take part in a prayer session and had then spent the night there. The detainees testified that at around 04:00 security forces arrived at their village and arrested them. On arrest, their hands were tied behind their backs, they were chained together by the neck, and dragged along the ground. Ibrahim Marian testified that Police Brigadier Alex Sianturi interrogated him in detention. Ibrahim stated that he was beaten with knuckleduster gloves which resulted in broken teeth. He said that police investigators also crushed his fingers by placing them under chair legs after which officers would take turns to sit on the chair. He was also beaten on the head with hammers. He was told that he would be killed if he did not admit to the charges against him.