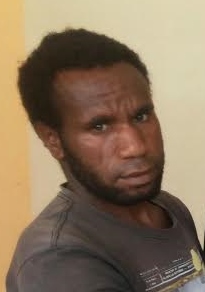 During court hearings in March, the remaining four detainees detailed their experiences of torture in detention. Court hearings revealed that on 11 July 2014, the night of their arrest, they had gathered at the home of Yosep Siep to take part in a prayer session and had then spent the night there. The detainees testified that at around 04:00 security forces arrived at their village and arrested them. On arrest, their hands were tied behind their backs, they were chained together by the neck, and dragged along the ground. Michael Marian testified that during his interrogation he was repeatedly beaten and electrocuted by police officers. He stated that he confessed to the charges as he was afraid that police would shoot and kill him. When questioned on his ability to read and write, Michael Marian stated that he was illiterate. He went on to say that police investigators had not read out the Police Investigation Report (Berita Acara Pemeriksaan, BAP) to him after his interrogation and that he was forced to give his thumbprints to verify the results of his interrogation. Furthermore, appeals by the defence lawyers to provide a translator for Michael Marian, who struggles to speak and understand Indonesian, went unheeded by the court.