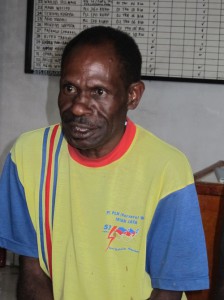 In July 2014, lawyers from the Democracy Alliance for Papua (Aliansi Demokrasi untuk Papua, ALDP) reported that the clemencies for Meki Elosak and Wiki Meaga were being considered at the Indonesian State Secretariat (Sekretariat Negara Republik Indonesia, Setneg).