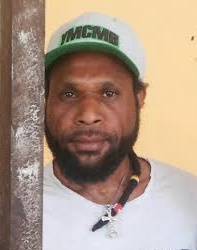 During court hearings in March, the remaining four detainees detailed their experiences of torture in detention. Court hearings revealed that on 11 July 2014, the night of their arrest, they had gathered at the home of Yosep Siep to take part in a prayer session and had then spent the night there. The detainees testified that at around 04:00 security forces arrived at their village and arrested them. On arrest, their hands were tied behind their backs, they were chained together by the neck, and dragged along the ground. Marsel Marian testified that a Police Brigadier named Endy tortured him in detention. He was forced to remove his clothing and his arm was slashed with a machete. He stated that he was also stabbed and beaten with arrows until they were broken. He added that other officers took turns in entering the interrogation room and beating him with weapons and knuckleduster gloves.