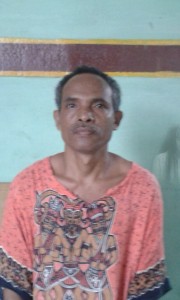 Oktovianus Warnares was initially sentence to five-years imprisonment but this decision was overturned by the Indonesian Supreme Court in September 2014, who sentenced him to seven years’ imprisonment.