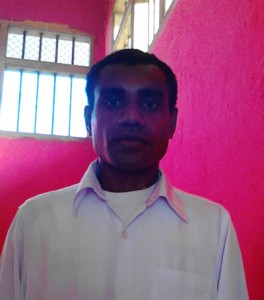 On 1 February 2014, 17 people were arrested following a large-scale military raid in Sasawa village in Yapen island, an area thought to have a heavy presence of an armed group headed by Fernando Worawoai. Seven out of the 17 people remain in detention: Jemi Yermias Kapanai, Salmon Windesi, Peneas Reri, Kornelius Woniana, Obeth Kayoi, Rudi Otis Barangkea, and Septinus Wonawoai. Those arrested were suspected of involvement with the TNPB. According to information received by human rights lawyers, it is common for armed groups to coerce local communities into providing them with material support such as food, transport and other assistance.

The raid was reportedly conducted by a joint military and police task force from the Papuan Provincial police, Sea Police, (Polisi Air, Polair), Siliwangi Military Unit and Serui Military Batallion. Residents of the surrounding villages of Kamanap and Kanawa were reportedly beaten, tortured and given death threats by security forces who forced them to reveal TNPB active areas. Security forces surrounded Sasawa village and shot indiscriminately at residents, leading to mass evacuations. Widespread damage was caused to ransacked houses, a school and a church.

Human rights lawyers from Democracy Alliance for Papua (Aliansi Demokrasi untuk Papua, ALDP) interviewed six of the seven detainees,revealing the torture they had faced on arrest. Security forces chained the men together and tied their hands, making them crawl on the ground. Kapanai was stamped on over his ear until it was bloody. The men were also electrocuted with stun batons. Windesi described that the tying of their hands felt like “being splashed with hot water” and created blisters. He was also hit at the back of the head with a pistol which made him collapse and faint. The men were repeatedly kicked, beaten, hit with pistols and stomped on with jackboots. Reri stated that he was electrocuted in the mouth and then repeatedly elsewhere on his body. Police also confiscated IDR 900,000 and two handphones from him. When being forced into the police truck, Barangkea was threatened with a bayonet placed against his cheek and neck by a military officer. The officer repeatedly threatened him and said, “I’ll slice your neck until it snaps.”