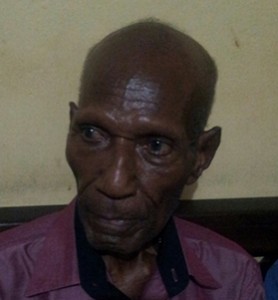 On 10 April, a meeting was held at the Ministry of Defense in Jakarta between General Ryacudu and a four-person delegation from KIP. The KIP states that it acts as a facilitator for the pro-independence movement Federal Republic State of West Papua (Negara Federal Republik Papua Barat, NFRPB). The meeting between the minister and Dr Lawrence Mehue, Dr Don Flassy, Mas Jhon Ebied Suebu and Onesimus Banundi was facilitated by Heni Tan Fere, a staff member with the Department of National Unity and Politics (Kesatuan Bangsa dan Politik, Kesbangpol) in Papua. The travel costs for the four men to attend the meeting were reportedly paid for by the Defense Ministry. The meeting was reported to have been brief but friendly, with the KIP members handing over several letters explaining the mandate and purpose of the KIP and NFRPB.

While Mehue, Flassy and Fere were allowed to return home and instructed to report to the police headquarters the next morning, Suebu, Banundi and Ayakeding remained in detention.